In this thrilling excursion into Appliantological Excellence™, Samurai Appliance Repair Man takes you deep inside the belly of the beast to discover why the main motor on a Frigidaire front-load washer would not run in tumble or spin. The Samurai was running a service call as The Appliance Guru, his real-life appliance repair service bidness.

Here’s the motor control board I used to fix the problem: http://www.repairclinic.com/PartDetail/Motor-Control-Board/134149220/1206430

Comes with a one-year return policy, even after it’s been installed! 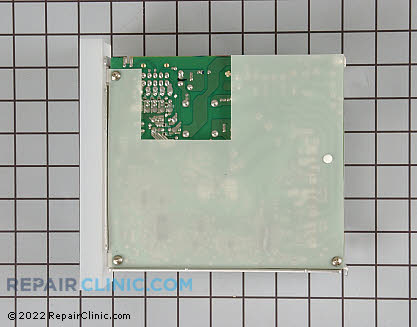 Your Precious Words:
We have a loud roaring noise as the washer goes through the spin cycle.

Well, Joe, I gotta tell ya, pilgrim: you gots what we professional appliantologists call “bad drum bearings.” The roaring noise in spin is a definite clue. Here’s how to confirm:

Generally not worth repairing unless a) it’s under warranty or b) you’re gonna do all the work yourself (and maybe get the $500 part from Whirlpool for free– no guarantees on that!).

Your Precious Words:
Trying to find out how many watts it is. Its a little 1988 machine that came in a little camper I bought. It works but I can’t find any info on it and am wondering if technology is better or safer now. Thanks for helping, Jan

This is a perfect application for the Kitt-A-Watt meter! It’s a simple device that plugs into any standard 120v outlet that you plug your 120v appliance into, such as your microwave oven, and then read the power consumption right there on the digital display. Sounds expensive but it’s not! The Kill-A-Watt meter is less than $30 and comes with a one year warranty if purchased right here. 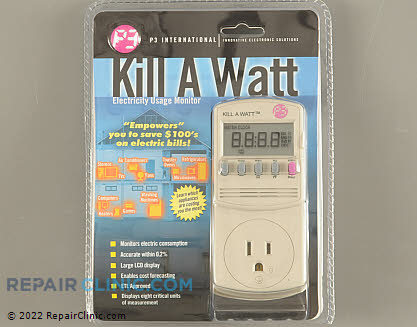 To learn more about your microwave oven, or to order parts, click here.

Join Samurai Appliance Repair Man on this exclusive guided tour through the Guru Mobile– the fixit vehicle that he does real-life appliance repair service calls in.

For expert appliance repair help and to buy appliance parts, click on over to the Samurai Appliance Repair Academy at http://appliantology.org

My parents are looking to replace their Kenmore slide in range which is now 10+ years old and have asked me to research brands/prices of electric ranges. They prefer Kenmore, but which brands are the higher end quality while still staying in their $800 budget? Any suggestions on brand comparison sites?

Thanks for your time and Happy Valentine’s Day!

Click the play button below to hear my enlightening and inspiring reply:

Your Precious Words:
when I put the clothes on a cold wash it does not work, but it will work on hot . I checked line for clogging it was clear and I checked the cold water from house it was working I am wondering maybe if it is a Sensor ? I hate maytag they really Sux . thank you so much

Click the play button below to hear my enlightening and inspiring reply:

Your Precious Words:
The bake element on my oven completely fried. Got a new one, installed it, turned it on.flash! sizzle! SMOKE!

turned it off and went to meditate on the need for an oven.

Took the back off the stove (several days later, mediation takes time) and found the yellow wire going to the thermostat completely fried off.

Once again contemplated the need for baked food.

Can this be fixed (30 year old unit)? Should it? Is raw food really better for you anyway?

Click the play button below to listen to my enlightening and inspiring reply:

In each of these examples, we’re dealing with water that’s out of place. Water in a refrigerated space can take on three forms: ice, frost, and condensation. Which of these forms you see, along with where you see it, are important clues to help you zero in on the needed repair.

Ice refers to liquid water that froze into a solid. This sounds obvious but it’s an important distinction from frost, also known as rime ice, that fuzzy looking stuff that is formed when water vapor condenses directly into a solid. The important point here is that ice and frost are the effects of two completely different underlying causes.

If you see smooth or solid ice in a freezer, then you know you’re really looking for liquid water in places where it shouldn’t be (that ended up freezing): clogged condensate drain in the drip trough below the evaporator coil; ice maker fill tube leaking or out of place; ice maker mold leaking.

If you see frost or rime ice in a freezer, then you know you’re really looking for water vapor that’s getting into the compartment. How does water vapor get into a refrigerator? It comes in with the outside air. In most cases when you see frost in a freezer, you’re looking for an air leak: bad door gaskets or doors not closing all the way. This video shows an extreme example of rime ice all over the contents inside a freezer:

Sometimes, you’ll see both ice and frost appearing together in a freezer which can make diagnosis tricky. In this video, I walk you through an example of such a case and I explain the failure sequence:

A special (but common) case for diagnosing frost in a freezer is when you see frost accumulated on the evaporator coil or back wall inside the freezer that covers the evaporator coil. This indicates a defrost system failure (defrost terminator stuck open, burned out defrost heater, bad defrost timer (on older units) or adaptive defrost control (ADC) board).

The reason rime ice forms on the evaporator coil in the first place is because the coil operates at a temperature of -20F. At that temperature, water vapor that contacts the coil will condense and freeze directly into a solid, forming rime ice.  Every few hours the defrost system should kick in and melt that ice, because if it’s allowed to accumulate it will eventually act as an insulator, preventing the air from contacting the evaporator coils and getting cold.  The resulting problem would first be seen as a warm refrigerator compartment and, if allowed to continue, eventually the freezer will also get warmer than normal (normal = 0F).  Rime ice accumulated on the inside of the back wall in the freezer will often be seen at this point.

This video shows a freezer with extreme rime ice buildup on the back wall inside the freezer due to a defrost system failure:

If you need expert, interactive help in troubleshooting and repairing your refrigerator and service manuals, become an Apprentice at the Appliantology Academy ==> http://apprentice.appliantology.org/

You can find whatever appliance part you need through the parts search box at www.Fixitnow.com.  No harm in buying and trying with our 365-day, no-hassle return policy, even on electrical parts that were installed!

Subscribe to our FREE, award-winning newsletter, Appliantology: The Oracle of Appliance Enlightenment ==> http://newsletter.fixitnow.com and download your free report on appliance brand recommendations!  Every issue is jam-packed with appliance repair tips and inside information direct from the Samurai’s fingertips to your engorged and tingling eyeballs.

Join Samurai Appliance Repair Man as he goes in batting cleanup behind a local parts changing monkey (PCM) who tried to fix a problem with a front loading washer that overfilled by blindly replacing parts, hoping to get lucky. Of course, he failed miserably but that didn’t stop him from charging the customer anyway. The customer called me out of frustration and desperation and, as usual, the Samurai delivers another appliance ass-whuppin’!

The other thing this video illustrates is the importance of understanding how the components inside an appliance are supposed to work together. How else can you troubleshoot? In this case, with the washer overfilling, starting troubleshooting at the water inlet valve is not a bad idea BUT what are you looking for? The PCM simply guessed and hoped to get lucky. But there’s no need to guess if you understand how the valve is supposed to work and can make a simple voltage measurement.

Actually, in the process of gaining access to the pressure tube to test the pressure switch, you would have discovered the chaffed pressure tube in the course of doing simple troubleshooting like a real technician and not just blindly thrashing about, throwing parts at the machine and ripping people off.

So, putting this all together, here’s a simple operational description of how these parts work together inside the washer:

Is that so hard to understand? How is it that someone who repairs appliances for a living does not understand this?

You can find whatever appliance part you need through the parts search box right here at Fixitnow.com. No harm in buying and trying with our 365-day, no-hassle return policy, even on electrical parts that were installed!

Subscribe to our FREE, award-winning newsletter, Appliantology: The Oracle of Appliance Enlightenment ==> http://newsletter.fixitnow.com and download your free report on appliance brand recommendations! Every issue is jam-packed with appliance repair tips and inside information direct from the Samurai’s fingertips to your engorged and tingling eyeballs.